Posted by robin castledine at 18:51 No comments:

LOOKING AT THE GAME OF PADEL

Our Vignal tennis club having recently been equipped with two excellent Padel courts on a convenient site adjacent to the Club car park, I proposed to help familiarise our members with the new game.  Already up to a hundred players had enrolled and were practising: mainly evenings and weekends. A hiring facility for racquets and balls was conveniently installed in the Club Office and this was all that was needed to set the players in motion.  In fact, very quickly, tournaments with players from neighbouring clubs were arranged and I was able to take photos of services and smashes of the participants.  Here is a typical underhand service: 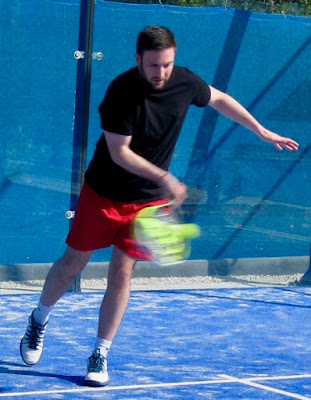 No more your high-kicking serves tennismen!  In fact, top-spin seems not to be used at all; rather the
ball is cut  in many of the strokes, forehand and backhand.  The predominant strokes could well be the smashes...... (see below) 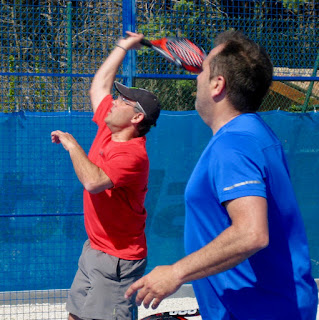 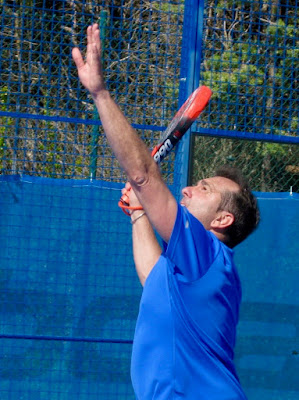 Important details on the methods of scoring:
nothing for you to learn - just the same as in
tennis - our curious 0,15,30,40, deuce,
advantage; and tie-break also like tennis.

No, you're not ready to play yet!  The terrible rebounds from the walls of the courts.......Often very useful in fact - long ball on your feet - step away letting the ball hit the back wall - rebounding on the floor next to you just ready for your powerful (cut) forehand. You have been able to ignore the back line on the court.
Now for you to judge how well you will able to perform in this game.. My impressions are that you will often be short of time to get to the ball, while avoiding treading on your partner's feet! You certainly won't be able to amble slowly round these courts in idle retirement.......
Perhaps playing some Padel every day may be good practice to improve your tennis! Anyway, enjoy this new facility et Bonnes Pâques! all of you.

Posted by robin castledine at 20:36

My last blog showed few prize winners: here are photos of most of the others : 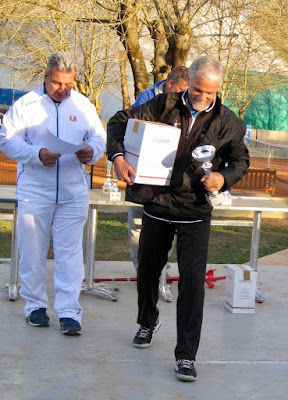 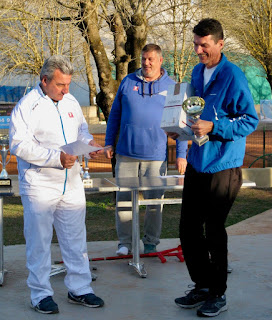 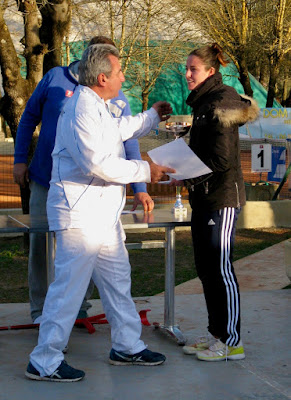 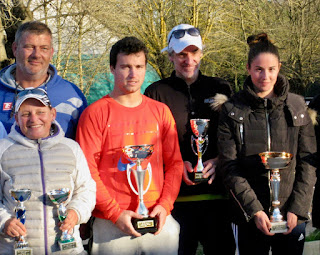 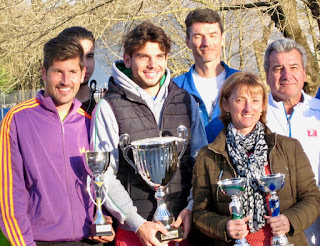 Well done all of you !
Posted by robin castledine at 14:10 No comments:

A mild winter again allowed both our Tennis & Padel Tournaments to proceed mainly without interruption and attracting more than 300 tennis players in the usual categories. At the same time, urgent maintenance work was completed on Centre Court (Number One) : an early stage of this work is shown in the first photo with Hervé Ferrandes valiantly attacking the beginning of a new wall. 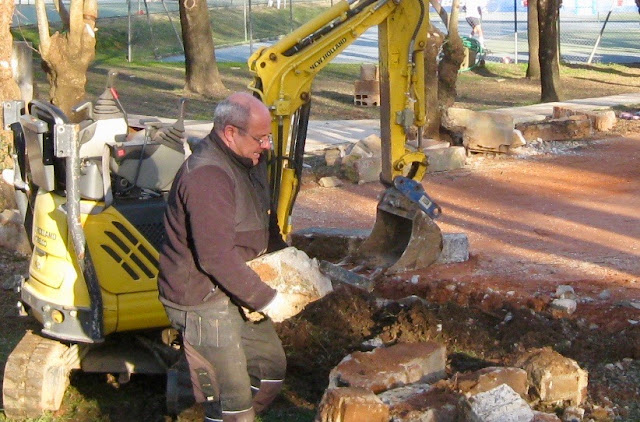 The replacement wall was carefully constructed in concrete as seen much later in the second photo : 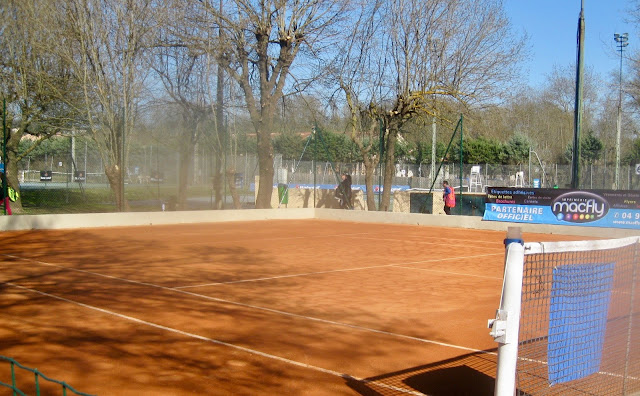 Matches played on clay (terre battue) continued on Courts 2 & 3 outside, and on 4 & 5 inside.
Other matches & training took place on the hard courts (6, 7, 8 & 9).
The Club birds (peacocks, peahens, &c) were discouraged from interfering, especially during tournament games ! 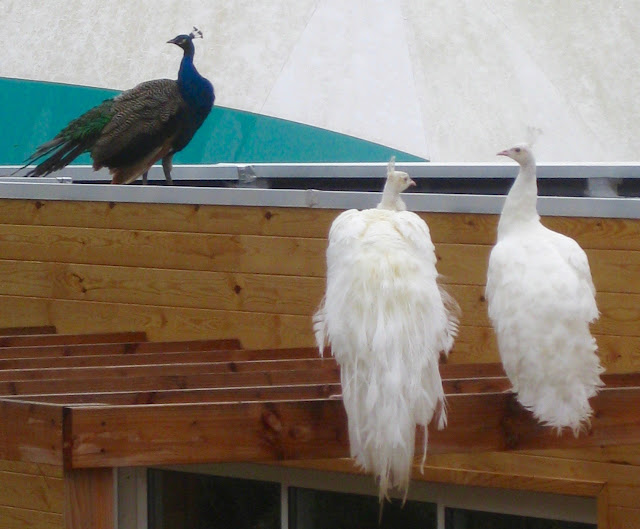 Eventually, Finals were reached at the end of the usual fortnight, finishing with the Men (Simples Messieurs) on Sunday afternoon.  This match was won by Benjamin Pietri against Elias El Khalifa in two sets on hard court. Here are photos of them in action : winner first : 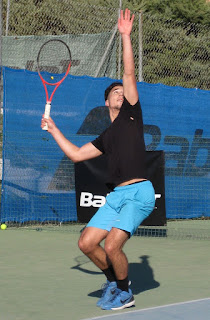 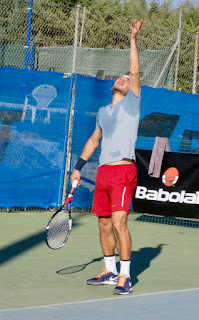 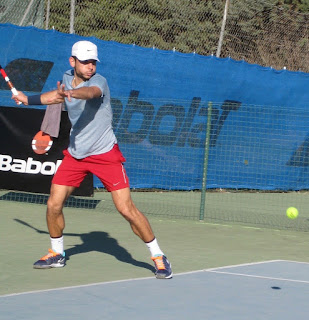 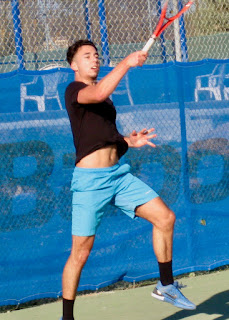 Now for the best photo of the prize-giving : 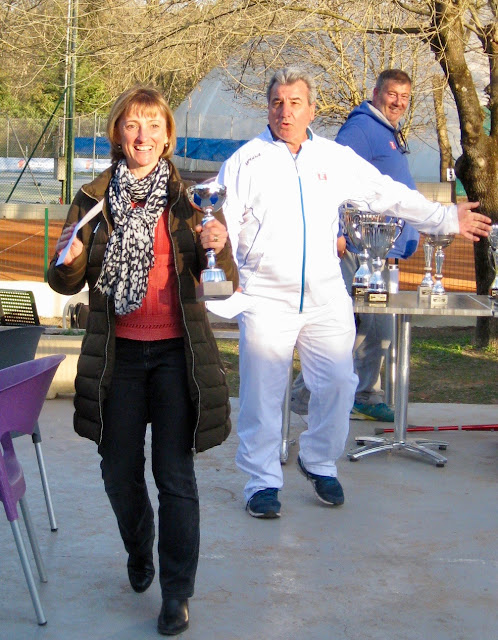 Pascal Eysseric escaping from the two Club Presidents with her Cup !

Posted by robin castledine at 20:39 No comments:

This post is initiated from Club notices announcing an informal tennis doubles event planned for a coming Sunday afternoon: this is a new idea in that any profits will be given to the well-deserving 'Médecins sans Frontières'.  The extent of the informality will be decided by you, the participants; the high-level players will be expected to keep their best shots hidden from we weaker brethren! (Quand même!)
So, there you are, get ready for Sunday, February 5th starting at half past one. When your first match starts will depend of course on how many of you turn up, & of how well the organisers manage  to sort you all out.....  Better contact the Office as soon as possible with your names & numbers.

As for the important construction work in progress on Number One court, careful how you walk down the adjacent paths - obviously a wall was needed to replace the storm damage of sometime ago.  No doubt the problem of slow drainage will be tackled at the same time - a defect that has persisted ever since the Court was built by the new owning Gardet family way back in 1976.

Weekly matches between the Vignal & other tennis clubs in the surrounding area have been taking place at the weekends regularly & very often with great success. Matches between teams of the much more recent game of Padel have now started as well;  I mean to describe the similarities & differences  between Padel, Tennis & Squash with photos very soon.  In the meantime, our two new courts are easily observable from the car park: entry, however is only possible from inside the Club - & racquets, balls & fees fom the Office.

Academy players have been training assiduously & I have recorded many of the strokes by the team of girls practising their Singles capacities with their Teacher & between themselves every afternoon.
Here, first is Elise: 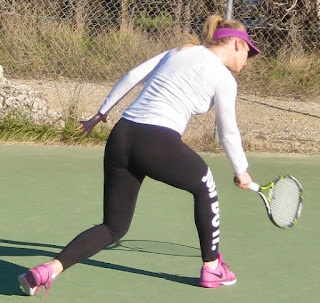 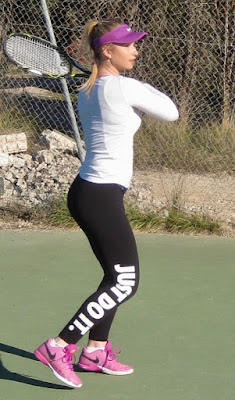 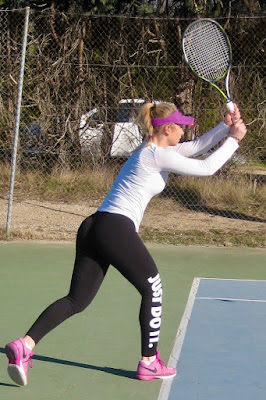 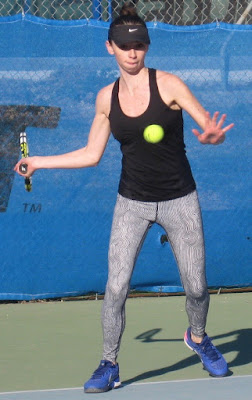 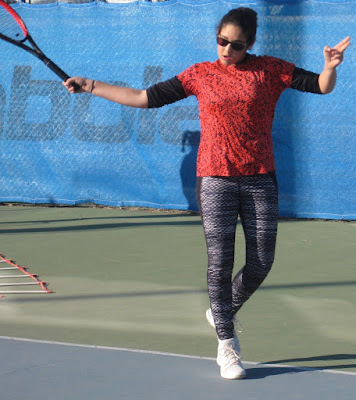 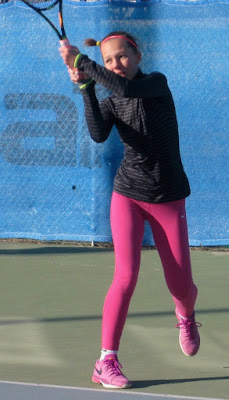 So, all of you, try to hit your balls something like these young girls;  & let's hope a few of them fall in the Court! But above all, enjoy your tennis,  the good atmosphere & the happiness in your Club.

Posted by robin castledine at 20:42 No comments:

We have reached the end of year 2016 : not only are all courts functioning, but we are enjoying bright sun, and a beautiful, cloudless sky.  Time to forget recent cold mornings with several clay courts out of action because of freezing - even then our two indoor clay courts were still available for play. Illustrating clearly this kind of weather is this photo of the shadow of one of the numerous high ash trees showing up on the roof of one of the covered courts.

Posted by robin castledine at 17:50 No comments:

Important new developments continue to show the Club as a centre of sporting activity. First teams performed particularly well during the year,  the young ladies dominating regional contests and the men rising to grade 3 at National level.  The high level of ability in this region of France was certainly evident during our Vignal Tournament in July; about 800 players of all ages competed in the various categories, with younger players well represented.  The Men's Open was won by Jonathan Eysseric with Thomas Unia (from Cagnes) giving him a tough fight in the Final.

Play on several Sundays has been enlivened by miniature tournaments between youth of the surrounding départements. Organised by Didier Eysseric, these have been successful in bringing new parents into the Club, and in showing us the remarkably high level of tennis of youth in the area. Here is a photo showing a typically keen Sunday group......... 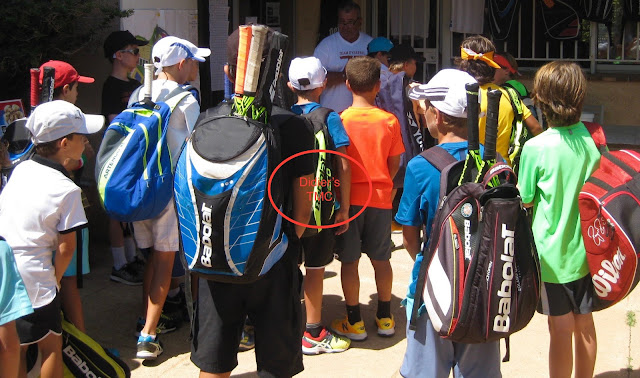 Coming back to developments in the Club, the Swimming Pool appears more in evidence, and gradually in more use.  Here is a view through an attractive row of Nerium oleander ........ 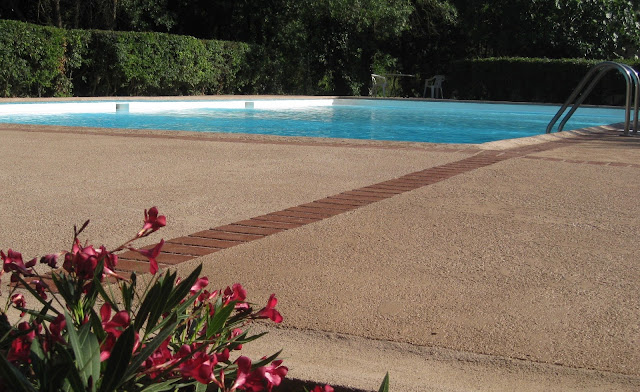 The two new wooden buildings are the first to attract questions from members and newcomers. They are attractive, and of course, intriguing as to what are their functions. Looking from centre court,  they fit well into the surroundings, as well-conceived by the architect....... 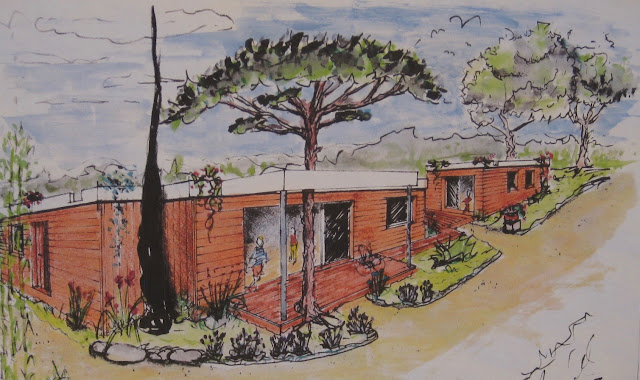 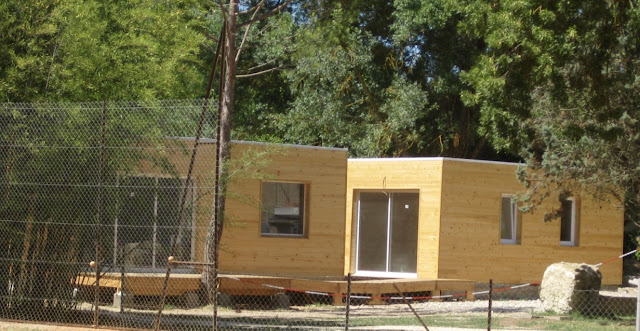 The bigger one contains a Sauna (for 4 people), an imposing Musculation machine, and two Pedal exercisers (one elliptical, the other with variable seating) ........... The smaller building to accommodate Academy members when studying.

This should give some idea of how the Club is developing - use of the two new Padel courts next to the carpark has not yet attracted sufficient interest.  Something to look forward to..........

In the mean time, keep fit, enjoy your restaurant and your healthy, friendly society!

Posted by robin castledine at 22:21